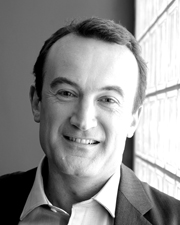 Hugh served for 14 years in the UK military. He was commissioned into the Royal Scots Dragoon Guards, where he served for six years, and a further eight years with UK Special Forces (R), latterly commanding his Squadron.

Since 2005, Hugh has managed and implemented more than 600 training courses for supranational organisations as well as providing services in many post-conflict countries across the world. He has worked for more than ten years to provide a wide range of international clients with security risk management services.

In 2008 he led the launch of the first Lloyds insurance-maritime protection service to combat piracy following which he was interviewed on BBC Newsnight. Drawing upon his considerable experience, Hugh co-founded Hawki Worldwide in 2009 with Lord Fairfax. His mission being to offer clients bespoke risk management solutions that combine quality execution with value. In 2016, he co-founded Hawki West Africa with Donald Duke in Nigeria, and in 2020 Hawki Africa Ltd with Berik Plokhikh, Simon Shaw and Bob Alzon.

In 2010, Hugh founded Boiling Frog, an app for iPhone, Blackberry, Android and Nokia smartphones that provides essential travel and first aid advice at your finger tips. Hugh has an MBA degree from Hull University. In 1999-2000 he won the Millennium Round The World Yacht Race, as skipper, on a Farr 65. He is married and lives in Sussex.